I’m remiss in not writing this blog in the fall.  After attending the Millinery Meet-up, in Gatlinburg, TN, my life included visitors, holidays, and more travel.  With a show at CraftBoston in December, let’s just say this blog got left behind in the dust…

I would like to resolve in 2017 to pick up my socks, and be more attentive to both it and my website, but perhaps my reality will be that I’ll make more of an online presence than 2016.  Hahaha…setting the bar comfortably low!  😉

What a wonderful week of travel, women (one man), learning, and talent.  For those uninitiated as I was, this is a 4-day gathering of milliners from across the USA.  There were a handful of Canadians there, and a few from far-flung places.  Our instructors came from the US (Laura Whitlock, Wayne Wichern), Australia (Jane Stoddart, Rose Hudson), Spain (Billiana Borissova), the Netherlands (Eugenie Oirschot), and England (Edwina Ibbotson).  Classes were diverse and I believe attendees were 120+ people.  Arrowmont School for the Arts is a stone’s throw from Pigeon Forge, home of Dollywood.  🙂

I took Wayne Wichern’s 4-hr course in blocks, essentially how to figure out how to use them.  This was an INCREDIBLE course, as there were 3 of us attending, so we had a big chance to ask all questions that had plagued us about blocks.  If you’ve ever looked at a block and wondered just what all the features on it are for?  This helped assuage the task of figuring out blocks! Plus, Wayne is such a warm, and wonderful man, I highly recommend taking anything he teaches.  A walking encyclopedia with a gentle nature, willing to think outside the box! 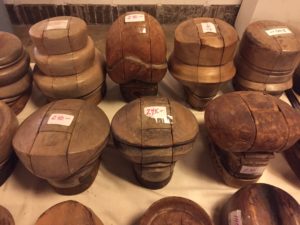 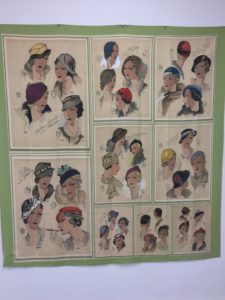 My next two days were spent making pressing tools and a Poupee (dollie head that can be used to help fit/finish hats), with Edwina Ibbotson.  Edwina was very generous with her expertise and experiences, absolutely lovely, and guided us through the many, many steps in how to build your own poupee.  Yes, the Poop jokes got the better of us, but that might’ve been the boat varnish fumes on Day 2!  hahaha…  In the end, we all got 2 poupee’s partially finished, and got to know one another really well.

Of note:  my pressing tool ended up a little wonky to say the least… 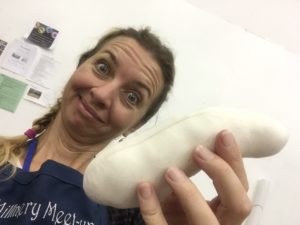 These arethe poupees in process: 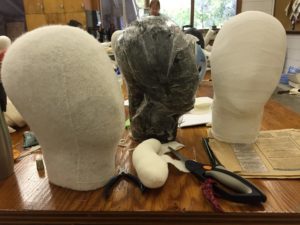 My last day at MMU, I took a day-long course with the fabulous Jane Stoddart.  We worked to make block shapes in espaterie, which is a paper based mesh, handmade in Japan.  According to her not many people make it any longer, and those who love it (famous hat designers) buy most of the world supply up to make their hats.  In fact, Jane figured she’d have to cancel at one point because she wasn’t sure about whether she could get enough to host the class!  In the end, she found some, and the class was a go.  Gentle wiring, and shaping of the material was really interesting, not unlike playing with thermoplastics in occupational therapy! 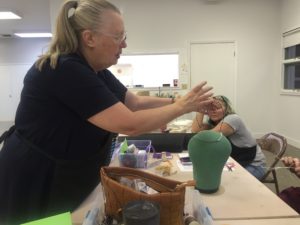 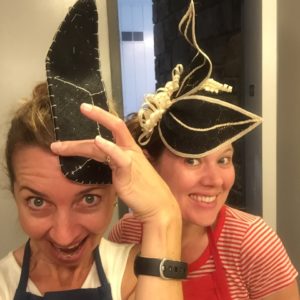 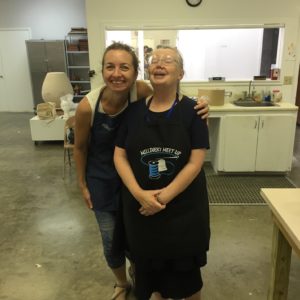 However, Does Opera Kill???

MMU (Millinery Meet-up) had a hat competition that about 60 of us participated in.  It was sponsored by Hat Blocks Australia.  Yes, they did in fact show up with many hat blocks, in the marketplace…  Since they sponsored the competition, the theme of the hat competition was Australiana.  What is your impression and expression of Australia?

Since this blog is getting FAR too lengthy, I’ll break off here, and show a couple more pictures of what fun we had at Arrowmont School of the Arts.  The next blog however, will be “Does Opera Kill”?  About my entry for Australiana, and how I fared amongst my peers.

As they say in Tennessee, Y’all Come Back Now…Y’Hear?  🙂 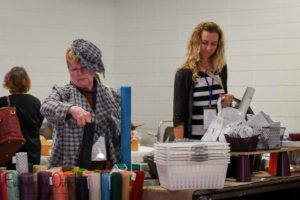 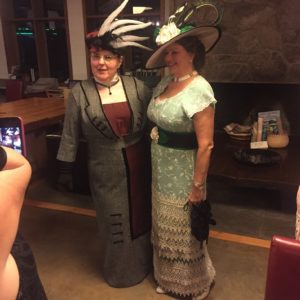 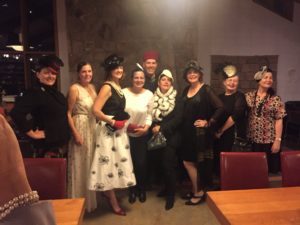 About the Author: Trish Raine

More hats to be loaded onto my site soon! Please check back, or if you can't wait, just email me what you're looking for! :)